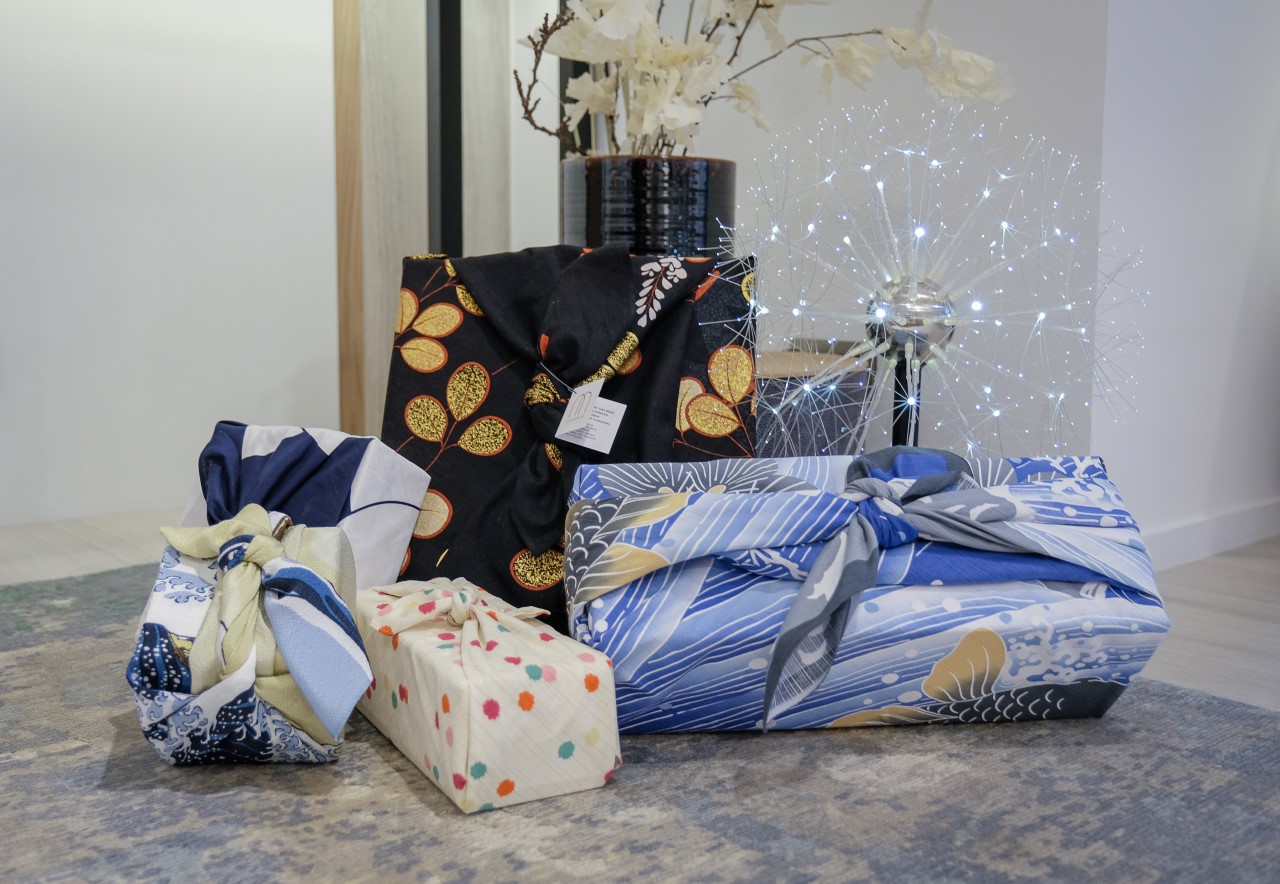 FUROSHIKI : The art of « folding »

Furoshiki is a traditional Japanese technique to fold and tie fabric as a way of wrapping gifts or indeed carrying and transporting items like clothes.

Initially used to wrap and store valuable articles such as Imperial treasures the technique was widely adopted as a means of carrying one’s belongings particularly during periods of war, pilgrimage or simply work in the fields. Not forgetting a way of taking one’s clothes to the local baths.

The upper classes and wealthy mostly used Furoshiki until shopkeepers saw them as an ideal way to advertise their products. Inevitably with the arrival of plastic bags this tradition began to slowly disappear until recently when the Environment Minister and ecological groups decided to bring them back. The Furoshiki has now become the symbol against the ‘throw away society’!

To view /acquire at the showroom at 40 Boulevard des Moulins in Monaco. Details available in the exhibition catalogue.